Taken from the Catholic Universe 3 November 2013 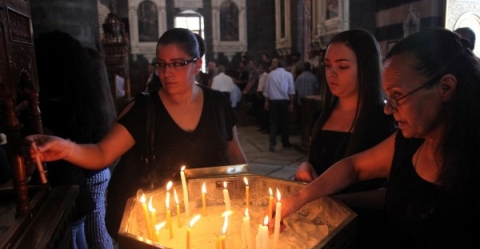 I was privileged to be asked to participate in the BBC’s 100 women conference this week, which was the culmination of a season of programming and online features designed to highlight and propose remedies for the inequality still faced by women around the world.

At times the conference felt surreal in that being part of what appeared to be a conference mainly perpetuated by prolific middle-class women, most of whom had achieved either professional or personal success, hence coming to the attention of the BBC, the idea that we were all still somehow unequal, being discriminated against or not being listened to by the world at large, seemed contradictory.

To give the BBC their due not every woman was a notable or big name and it was particularly humbling to meet women such as Joyce Ako Aruga, a Kenyan woman currently studying to be a teacher at university, who had to fight every step of the way for her education, only being able to attend school, once she had escaped from her marriage at the age of thirteen.

The overwhelming narrative was that of women as victims, which when one listens to stories such as those of Joyce’s, or Feresheth, a blind Iranian musician whose parents have threatened to burn her if she sings in public, is hard to disagree with.

Which is where Western feminism needs a wake-up call. Upon introducing myself to fellow delegates as a ‘Catholic feminist’, the responses from fellow delegates and activists ranged from a politely raised eyebrow to open-mouthed horror, people being unable to process that the two were reconcilable, as indeed are many of my co-religionists, feminism being thought of as a total anathema.

But as I reminded the assembled women, Catholic social teaching demands that we listen to the demands of the marginalised and oppressed, which is complementary to feminism when it is women who are particularly targeted by poverty and who have their rights and dignity as human beings, continually violated, with practices such as female genital mutilation, child marriages, being sold into sexual slavery and gender selective abortion.

To echo the words of Cardinal Martino, the president of the Pontifical Council for Justice Peace, ‘it must not be forgotten that today extreme poverty has, above all, the face of women and children, especially in Africa.’ Amongst the UN Millennium goals is the aim to reduce global poverty which identifies gender inequality and women’s access to employment, education and health care as economic problems. The majority of those who live on less than one US dollar a day are women and therefore putting food on the table, especially when it comes to feeding children, is predominantly a women’s issue.

There are many ways in which Catholic feminists can act in solidarity with these women, while at the same time explicitly rejecting the other Millennium goals regarding population control which are used to coerce women into taking potentially harmful contraceptive measures and in some cases act as justification for enforced sterilisation and abortion. Development efforts such as micro-loans for women, co-operatives and education programmes are key strategies for development which can all ethically be supported- it is a proven and widely accepted fact that economies grow where women’s conditions improve.

Another important issue when it comes to women’s rights is that of law enforcement for crimes relating to sexual and domestic violence. All too often in countries where the dowry system operates, various agencies turn a blind eye to dowry-related violence or so-called honour killings, with the perpetrators of such terrible crimes not pursued or given extremely lenient sentences. When sexual offences are treated as being of little consequence by the authorities, this further reinforces a culture of disrespect towards women, which is epitomized in the practice of gender selective abortion and the implicit acceptance that a girl’s life is of lesser value.

Where women are treated as a lesser species and denied basic human rights, then there is plenty of scope for Catholics to consider themselves as feminists. So why is this concept treated with such unmitigated horror by the contemporary feminists of today?

Part of the answer lies in the infallible teaching of the Church with regards to the male priesthood. The general public fails to get its head around the difference between job and vocation as well as the theology that disbars women from ever being able to be ordained. Being a priest is falsely perceived to be the only way of exercising any power or leadership within the church and the fact that a large proportion of the faithful are women who are completely happy with this state of affairs and not acting from a sense of oppression, seems to have escaped many.

But perhaps more crucially is that the feminist movement has rooted itself in the ideology of reproductive rights, despite the fact that abortion has done more than any other single measure to harm the cause of the woman.

When it came to the final debate of the day centering around the issue of whether or not faith and feminism are compatible, thankfully most women were keen not to be seen to be excluding those of us who had a faith, particularly due to the many participants who were wearing the Muslim hijab. It’s a rum kind of sisterhood that is only open to those with a lack of religious belief and more like a club for self-identifying intellectual elites

Ultimately feminism goes beyond albeit important issues of pay and workplace parity, frankly smashing the glass ceiling is irrelevant to the majority of women, for whom we should be ensuring that the floor is steady beneath their feet. By concentrating on the issues of reproduction and equal pay, the feminist movement have forgotten the deeper philosophical issues which should underlie the movement. Who is woman? What are her roles and responsibilities and what is going to lead to her freedom, happiness and flourishing?

Which is why it is imperative that Catholics do not simply reject feminism as mere victim identity politics, but fight for more a more holistic and authentic movement.