It seems that the removal of Jimmy Savile’s gaudy headstone is not sufficient for those intent on wreaking their revenge for his alleged crimes. Savile’s mortal remains are to face our society’s more civilised version of the gibbet – there are calls for him to be disinterred and cremated, or even ignominiously dumped at sea so that no earthly trace of him remains. In a move reminiscent of the Ministry of Truth or the Soviet Union, his appearances are being wiped from any re-runs of Top of The Pops 2.

The latter move is perhaps understandable; to continue to feature him would be an insensitive move on behalf of the BBC, but I am uncomfortable with the proposition of disinterring him. As a vessel of the Holy Spirit, human remains must be accorded the respect and dignity due to all human beings, regardless of their crimes here on earth. The deceased’s last wishes must be taken into account and Savile was explicit with regards to what he wished to happen, even detailing the site and angle of his burial. Even those facing execution on death row for multiple murders are allowed to make requests as to the treatment and burial of their corpse.

Savile’s Catholic faith cannot simply be disregarded because his deeds went unpunished. Though we can all make guesses as to his psychological condition, we cannot presume to know what was in his heart. It is perfectly possible that he may well have made a good confession before he died. We cannot know whether or not he repented for his terrible deeds or whether he was truly sorry. That is between him and The Lord.

Preferred Catholic practice is for burial of remains because of the truth of the resurrection of the body and reunification with the soul when Jesus returns at the Last Judgement. The early church retained the Jewish tradition of burial rejecting the Roman pagan ritual of cremation, because God has created each person in His image and Likeness and therefore the body is good and must be returned to earth after death. Christ himself died and was buried in a tomb and rose at Easter, therefore the early Christians buried their dead out of respect and in anticipation of the Last Judgement. The Church’s stance against cremation and belief in the bodily resurrection was mocked by their persecutors who often burnt Christian martyrs and scattered their ashes as a sign of contempt. If Catholics are cremated, their remains must not be scattered or kept on the mantelpiece but must instead be interred in their entirety in a cemetery. That’s not to say that those loved ones who have had their ashes scattered will not experience the resurrection, we trust in the Lord’s power, mercy and love, but canon law states the following:

“The Church earnestly recommends that the pious custom of burying the bodies of the dead be observed; it does not, however, forbid cremation unless it has been chosen for reasons which are contrary to Christian teaching” (No. 1176, 3).

To dig him up and cremate him is profoundly un-Christian and indicative of the post-Christian age in which we now live. Frustrated that he escaped punishment in his lifetime, we now seek to exact revenge upon his body, not trusting that he will already have faced judgement and possibly punishment.

If Savile is to be removed from his high profile resting place out of respect for the bereaved relatives of those who share the cemetery and his victims, then he needs to be reinterred intact and anonymously, preferably in a Catholic cemetery where his grave can be visited by his relatives and regularly blessed and prayed at, in accordance with Catholic custom for all our dead, regardless of earthly sins.

It would be truly horrifying if the authorities felt that they could redefine or override religious practice in terms of how we should treat our dead. To exhume and cremate Savile would be allowing the state to make a judgement on his faith, what constitutes a real Catholic and moreover, his soul. I do hope that he has a decent Catholic advocate. 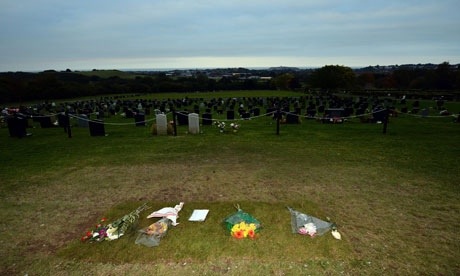 3 thoughts on “A modern gibbeting”