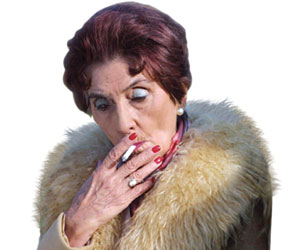 I was quite flattered in a seminar the other day to be asked to explain the Catholic position regarding the Virgin Mary. Whilst I have been explicit that I am a practicing Catholic to my fellow students and tutors and corrected a few misconceptions regarding the faith, whenever they have cropped up, I have tried to be as unobtrusive as possible.

Though one could argue that Christians should grasp every opportunity to evangelise, effective evangelisation needs to be appropriate and given that I am attempting to build up friendships with fellow students, this isn’t going to work if they feel wary that every conversation is going to lead to a lecture involving Jesus and the Bible. None of them know, as far as I am aware, that I blog. Also seminars are a time to be discussing that week’s reading and the exchange of ideas and information thus it would be inappropriate and inconsiderate if every single session were hijacked by a tiresome Christian on a mission to convert. I don’t want to garner a reputation for being the class Dot Cotton. I remember the two Evangelical pilots everyone used to dread being rostered with in my flying days. One used to come down to the bar in the evening clutching a copies of various books with rainbows and doves embossed on the front cover and use every pause in the conversation to introduce a Christian theme. Dodging the inevitable “have you asked Jesus into your life” lecture was not the most relaxing way to spend the evening or wind down following nine hours of self-loading freight. The other overtly Christian pilot was summoned to tea and biscuits with the management, after his praying on his knees in the front galley during turnarounds put the wind up the junior crew as did his enigmatic statements such as “sometimes, I just want to point the aircraft in the direction of the Sun, take my hands off the controls and let the Lord take over”…

I tend to find that simply living a life of witness, being myself and trying to be faithful, is more effective than real-life hectoring or lecturing. If people find you an interesting and engaging person (not that I am) then they are much more likely to be open to what you might have to say, rather than if they feel that you constantly have an agenda to push. There’s nothing I can say or do, to force or impose conversion upon anyone in any event. That’s entirely down to the Holy Spirit, but what I hope to do, albeit unsuccessfully judging by some of the blog comments, is help people to remain open, to want to search a bit further or simply to see that Catholics aren’t ignorant or brain-washed, that actually what we have to say, even if one vehemently disagrees with it, is thoughtful, intelligent, cogent and coherent.

In the case of explaining Our Lady to a class of mainly 18-19 year olds, I was trying to communicate that she is not, as had been suggested, revered purely because of her virginity. A student had made a connection between a literary character and suggested that she could be seen as “a religious extremist like a Catholic” because “like Catholics she thinks sex is dirty and was attempting to be pure like Mary who is important to Catholics as she is a virgin”. Quite a bit to unpick there, hence my tutor handed it over to me.

After explaining the reasons aside from virginity as to why Mary is important to all Christians, not just Catholics, I made the point that Catholics don’t actually view sex as dirty, quite the contrary, it is something that we are encouraged to enjoy, but it should be in the appropriate context. I deliberately caused both amusement and controversy by highlighting the fact that the previous Pope, Blessed John Paul II had specifically stated (in his book Love and Responsibility) that husbands should ensure that their wives reach orgasm and not be selfish in bed. Hardly the words of a misogynist! “I will have no prudery” he wrote, “I’m dealing with God’s creation”. Cue many aghast expressions and laughter, in amongst which someone stated that it was a load of nonsense, Catholics didn’t want anyone to like sex, due to their opposition of both contraception and abortion. The tutor pointed out the non sequitur, and then asked me to briefly explain further, whereupon I elaborated the reasons behind Catholic social teaching on sex and philosophical reasons for choosing NFP or fertility awareness over contraception.

“That was a very thorough, detached and academic explanation” she said, “well done”, no doubt noticing that my face had gone beet-red. I went for a coffee with some of the class afterwards, when the subject of sex was brought up again. It’s quite a tough one, because whilst I don’t want to be encouraging a group of young people to be sleeping around, suffice to say I remember all too well what it is like to be 18, and a lecture, be it on abstinence or use of condoms is going to prove off-putting and counter-productive, especially to non-Christians, who are expecting me to be quoting the Bible at them every two minutes. So whilst keeping my counsel, one of them said to me “do you mind me asking, you’re really religious and stuff, but you never ever mention the Bible, it’s really weird”. To which my response was, how would she react if I were to mention the Bible. “I’d find it really boring to be honest” she said. “I don’t believe in all that stuff, so I’d think what’s that got to with me? Why should I do what a primitive book written thousands of years ago tells me? I think the Bible is a load of cr*p personally”.

That’s why I don’t mention the Bible, I said. I’m sure I probably should and I’m sure there’s loads of Christian who would insist that it’s a dereliction of duty, but I don’t think it really helps if I’m trying to convince you of something. I do recommend that you should read the New Testament at the very least, because so much of what we are doing is based upon the Bible and you’ll be missing out so much if you don’t read it, but it’s certainly great as background reading and general knowledge if nothing else.

We then moved onto a historical conversation about the content of the Bible and did I think that everything in the Bible was literally true and what parts did I believe and why. Before moving onto an entirely different topic, someone said “but all that other stuff you said, it did make sense. To be honest, I know you’ll probably think I’m really ignorant, but it’s much more interesting cos you don’t bang on about the Bible when you’re explaining things. I found the stuff you were saying about sex and contraception and fertility really interesting. And you obviously like sex a lot and are really experienced and stuff”…

Intuitively it feels like a betrayal not to be mentioning the Bible and no doubt it will be one of the things that I shall be called to account for on the terrible day of judgement. Equally it seems to me that unless one is talking to someone who has at least some scriptural knowledge and/or faith, using the Bible as a basis for arguments or debate, is a total minefield for Catholics. One is either met with “well that’s got nothing to with me, it’s a load of old bunkum” or else people chose to quote mine, my pet hate. Generally when people quote-mine from the Bible, it’s either an attempt to prove what a load of old nonsense the Bible is, full of contradictions, nonsense and a God who likes to smite people at random, or an attempt to prove personal hypocrisy or inconsistency. Deuteronomy and passages pertaining to Mosaic dietary laws being the perennial favourites. Catholics then need to explain that they are not fundamentalists and get into discourse about the magisterium versus sola scriptura, followed by detailed and contextual exegesis as well as explanations on typology and covenantal interpretations, by which time your audience is fast asleep and wishing they had never brought up the passage on shellfish.

If Catholics and Christians want to be taken seriously in the public square in what seems at times to be an aggressively secular culture, then we need to appeal as much to philosophy and ethics as we do the Bible. Of course the Bible must not be ignored and the Biblical case must be made, but only to those who are open and want to hear it. Making biblical arguments for issues which are of crucial importance to society, such as social justice,  euthanasia, abortion and marriage to name but a few, means that many will sadly write them off as irrelevant, illogical and ignorant, why should they be dictated to by a religion that they don’t share? The Bible must be defended as must the fact that one’s faith is grounded in it, but it seems to me that making a case which stands up on its own philosophical and ethical merits is every bit as important and more likely to ensure that one’s voice is heard and listened to. People may disagree, but they cannot doubt the inherent logic in a certain position; when they resort to a “well you believe xyz because of the Bible which is proof you are illogical/stupid/ignorant/brain-washed”, it shows that the case is being put coherently.

The sad thing is that Dot Cotton has a heart of gold and has won the affection of the TV viewing public, her piety cannot be in any doubt. But in terms of evangelisation, they are far more likely to empathise with and emulate the Vicar of Dibley, a Sean Bean loving chocoholic, not averse to a bit of pre-marital bed-hopping. That doesn’t mean we should emulate her behaviour or attitude. As my father always taught me, we should level up not down. But if we need to meet people where they are, we need to accept that sadly for many, that the Bible is an alien text.  The way to introduce it is by the witness of our actions and words, which may then in turn lead people to those of the Holy Spirit.

16 thoughts on “Don’t mention the Bible”