Taken from the Catholic Universe 22 September 2013 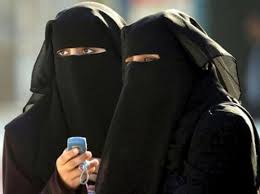 The contentious subject of whether or not Britain ought to impose a ban on the wearing of the burka has been reignited this week, following a judge’s ruling that a Muslim woman could not give evidence at her trial wearing a full face veil. The woman will nonetheless be permitted to wear her veil in court, but it must be removed during those parts of the trial in which she is required to give evidence.

The judge’s decision is a model of common sense in that while he insisted that it was crucial for the jury to see the woman’s face in order to assess her demeanour and expression (she is accused of witness intimidation), he also made a series of entirely sensible concessions to her religion, allowing her to give evidence via live video link or behind a screen shielding her from the wider courtroom, so that only the judge, jurors and counsel would be able to see her face. In addition he ordered that no artist should be allowed to produce a sketch of the defendant while her face is uncovered. The decision was a model of balancing religious freedom of conscience with the needs of the state to effectively deliver justice.

Various MPs have now called for a public debate on whether or not the state ought to impose a ban upon whether or not face veils ought to be banned, under the auspices of protecting women and girls from oppression.

It’s not an argument that holds much water for a variety of reasons. Firstly, although it can certainly be argued that the niqab or burka is often used as a vehicle of oppression, which I have first-hand knowledge of, having spent considerable amounts of time in Middle-Eastern countries, it is a patronising generalisation to assert that all women who choose to adopt full face-coverings are doing so because they are either ill-educated or coerced. Like many Catholic women, I’ve faced similar charges from those who cannot comprehend why I may choose to do something as counter-cultural as eschew contraception, from sheer free will. How many times have Catholic women heard the familiar accusation of being brain-washed by a patriarchal church that wishes to subjugate its women?

Undoubtedly some women will be wearing a face covering due to cultural pressure, but it should not be assumed that is the case for all women and it is certainly not a good enough reason to ban it. Should we ban swimwear, bikinis or certain styles of clothing or uncomfortable shoes, because Western women feel under cultural pressure to conform? One of my closest Catholic friends was joyfully telling me what a liberating experience it is to wear Islamic swimwear on the beach, despite the fact she would be able to carry off a skimpy costume with aplomb. While the interpretation of boundaries may differ, we are similarly called to modesty not least as an act of charity to others. Western cultural values put so much worth on physical appearance, women are encouraged to turn themselves into objects of male desire – it’s no wonder we feel self-conscious. The idea of not having to display a beach-perfect body, or be constantly worrying about an unfortunate wardrobe malfunction is extremely appealing!

It was interesting to note that when I mooted the subject on social media, all of the women, including a wide cross section of faiths, ages and politics on my timeline were resolutely against the idea of a ban, whereas all of the men were either staunchly in favour or sitting resolutely on the fence. The idea that a burka ban was required in the interests of women, being firmly rejected by every single self-identifying feminist. The irony of men deciding what women need is rescuing from their perceived oppression, being lost on them!

But Catholics need to tread extremely carefully when it comes to notions of the state deciding what constitutes acceptable religious dress, or intruding upon parents’ rights to bring up their children according to their own religious and cultural values.

Banning the means of oppression, does not in any event do anything to change the underlying attitudes. As Christians we need to be very wary of determining or imposing our interpretation of Islam on Muslims, the Golden Rule would seem to apply here.

It’s also worth noting that following the imposition of a face-veil ban in France, verbal and violent attacks upon Muslims increased by as much as 34%, state-sanctioned religious discrimination could have a similar effect in this country, especially in areas where tensions already run high. If the goal is liberation, it will not be achieved, as those women who are being coerced into wearing a veil will effectively be prisoners in their own homes, as they will be unable to leave the house with their face uncovered.

The best approach seems to be one which can balance the needs or the state or individual institutions with those of individual conscience. Businesses such as banks or airports must be permitted to compel clients to remove facial coverings for the purposes of identification. Ideally they would do so with sensitivity and discretion. Equally schools should retain the rights to determine school uniform policy, in accordance with the ethos of their institution.

We might recoil at the burqa because it is so culturally alien to us, but we should not deceive ourselves that this debate is about a benign paternalism or forwarding women’s equality. It is about the state determining what religious attire should be permitted in public.  Nuns who wear a traditional habit should watch out!