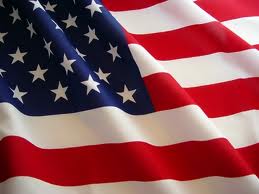 Predictably enough, the pro-choice lobby has moved up a gear in response to 40daysforlife, despite the fact that no actual changes in the law are being mooted or lobbied for, with a glut of the usual rhetoric appearing on a daily basis on the internet, therefore this blog will take on even more of a pro-life bent until the end of the campaign, as much misinformation abounds.

A rather slick new website that appears to be supported by and it would seem, an initiative of the “charity” Education for Choice has sprung up. * (see note). It’s worth noting that Education for Choice masquerades as that Holy Grail of “evidenced based” information, whereas it is obvious from their website, that they are in fact all about promoting abortion. Given that they’ve managed to totally misrepresent the Roman Catholic position on abortion, falsely claiming that the Church used to accept abortion until quickening – it doesn’t inspire much confidence as to the impartial nature of the rest of their information. In any event, Education for Choice, is a wholly owned subsidiary of Brook Advisory, the “charity”, concerned with providing with sexual health advice and services. It can’t be any surprise that they are opposing anything that might present a challenge to the status quo on abortion, but it makes their false claims of 40DaysforLife being a professional political organisation, awash with cash, rather hypocritical.

The professional writer, journalist and pro-choice advocate, Sarah Ditum launches the site, with this post, riddled with inaccuracies. Ditum starts off by describing 40 Days for Life’s American roots, the standard trope de jour when talking about this issue. The point being that abortion is much more of a political hot potato in the US, than it is in the UK. This has nothing to do with clinic vigils and everything to do with the political and religious demographics of the US. Abortion should be an apolitical issue, one doesn’t need to have a tribal allegiance to either left or right wing parties to believe that the taking of an unborn human life is wrong. The pro-choicers who bemoan this, were the very ones who politicised the issue in 1967 and 1973 when campaigning for its legalisation. Those who point to America as being some sort of big bad bogeyman in terms of the abortion issue would presumably reject any of the tactics used by their pro-choice lobby, such as the setting up of a research institute funded by their biggest abortion provider?

The association with the US is repeated time and time again, to draw false analogies between the American bible-belt and the UK population. It’s a not-so subtle form of racism and superiority. Anyone who supports clinic vigils must be some kind of bible-thumping irrational redneck, is the implication. Not to mention the deliberate attempt to install fear, because in the last 40 years, eight abortion clinic workers have been killed in American since Roe v Wade, equating to two tenths of a person per year. That’s not to downplay the abortion related violence that has taken place, but the overwhelming majority of pro-life absolutely abhor all violence and killing, which is precisely the sentiment that motivates the vigils. Eight murders is 8 too many, but in a vastly populated country which has the right to bear arms enshrined in its constitution, it is likely that there will be unbalanced individuals who will take matters into their own hands, regardless of the cause. It does not automatically follow that this is likely to happen in the UK.

As anyone who attended the 40 days for Life kick-off rally on Tuesday night will attest, actually the fanatical aggression came from those on the pro-choice side, who spent a full hour ranting, chanting insults, blasphemy and screaming vile obscenities when faced with a group of people praying the rosary. The more they were ignored, the most venomous and offensive they became, the priest being a particular target of their hatred. A pro-life pagan gives her account of what happened here. As this report states, fanatical extremist violence seems to feature far more heavily from the pro-choice brigade; in America a loaded gun was pointed at the 40 days for life volunteers by an abortionist, at another location an abortion supporter tossed a homemade firebomb at them and recently we saw the attempted murder and mass shooting, averted by the bravery of a security guard at the Family Research centre in Washington DC. If American style tactics are taking place, then it would seem that it is actually the pro-lifers who are bravely putting themselves on the line in defence of the unborn.

A UK “pro-lifer” has added fuel to the fire by giving Ditum the “benefit” of their wisdom. Referring to a one-off incident where it is alleged that a volunteer filmed women entering the clinic, (he was supposedly filming for a documentary) something that 40 Days for Life does not condone and behaviour which will result in the volunteer being immediately asked to leave the vigil, said pro-lifer opined “what starts with a camera could end with a gun”. I cannot begin to dissect the motivation of someone who seeks to paint their alleged brethren in Christ who stand in silent prayerful solidarity with the unborn as crazed loonies with the potential to kill people, it’s not the kind of actions one might associate with Elizabeth Anscombe, Edith Stein or even Phyllis Bowman, but it goes without saying, that regrettable though that alleged incident was, it is not indicative of a desire to kill or even intimidate anyone and neither is it representative of the volunteers. Just as one cannot castigate the political LGBT lobby groups for the actions of an isolated gunman, anyone with a modicum of common sense can tell the difference between an over-enthusiastic cameraman and a gunman. Or are we saying that quiet prayer vigils should not occur in public places because no-one may be trusted to behave appropriately? Whilst we are on the subject of cameras however, what have BPAS got to say about the camera that they have constantly trained on the volunteers from the confines of their upstairs window? Could that end up as a gun also?

Ditum continues with her theme of intimidation and harassment despite the fact that no-one from 40 days for Life in the UK has been arrested, charged or even asked to move on by the police. Surely if women were being followed, encircled and generally harassed, there would be some evidence of this made public as well as criminal charges? A quick google maps search will throw up the location of the vigils – over the road on a public square, a good 50 yards from the clinic door. Women entering the clinic do not need to even walk ok the same side of the road as the vigil or past it. I don’t doubt for one moment that BPAS would not hesitate to call the police, press charges and display any incriminating video footage should this exist.

Other blaring inaccuracies include the statement that 40 Days for Life began in the UK in the Spring of this year – nope that’s incorrect, they commenced in the Autumn of 2010. She alludes to an email sent to her by Robert Colquhoun in which she claims that 40 days for Life house post-abortive women in the same building as women whom they are helping to keep their pregnancies – proof she says, that 40 days for Life have scant regard for women’s welfare. I’ve seen the email concerned and the most charitable interpretation is that there has been some misunderstanding on Sarah’s part. 40 Days for Life do not house post-abortive women in the same building as pregnant women – Robert was in this email attempting to set up an interview with Sarah and another journalist with 2 pregnant women who have been helped, along with the perspective of another, post-abortive woman, on the counselling and help from 40 days for life. Quite where she got the impression that they were all living together is not clear, but then again, despite the funds available to Education for Choice, she probably wasn’t paid for the piece and thus did not do the usual fact-checking.

It throws into doubt her central claim that 40 days for life don’t care for women’s wellbeing, given it’s based on this misinformation, the evidence of harassment or encirclement is absent and the US conclusions rather spurious at best. Presumably she wouldn’t have too much of a problem with the HSS bill or Obama-care – that’s one American import that’s definitely alright. Neither is there evidence that abortion clinics have shut down due to bullying. The industry is made of sterner stuff than that. Where clinics have shut down it has been due to withdrawn funding and/or losing licences to practice having been discovered being in breach of state laws governing safe practice, not due to the a group of people praying outside. Abortion clinic workers have quit the industry having had their eyes opened as to their unseemly grisly trade, not because 40 days for life have bullied or threatened them. Again evidence for this claim is missing. Of course, as Sarah rightly points out we will celebrate these conversions of hearts and minds and the closure of abortion facilities. That’s fairly obvious! And there’s the entire nub of their opposition. The US pro-life lobby has gained great momentum and had some incredible successes. No wonder 40 Days for Life is described as a noxious import – it actually works.

For an organisation that likes to tout it’s information as evidence-based, it seems clear that Education for Choice/40 Days of Choice etc opinion is firmly subjective, based on misinformation and bias. Still, all we can do is keep praying, whilst they keep desperately spinning. In the meantime, God Bless the USA – Land of the Free and Home of the Brave, where clinic vigils are lawful, successful and require courage.

*Brook Advisory is almost entirely funded by the UK government, proving that the word charity denotes tax status only. Still it’s good to know where tax revenue is being spent. Personally I can’t see why Brook Advisory can’t be incorporated back into the NHS and am rather concerned that it seems to be seeking to lobby to change government policy, in terms of its new campaign for more funding for sexual health in the light of government cuts. So let me get this straight, the government is funding an organisation that seeks to lobby itself for more cash. Rightyho…

3 thoughts on “Coming from America”